Akoya pearls are the classical cultured saltwater pearls which are cultivated from the oyster species Pinctada fucata martensii. Most Akoya pearl farms are located in Japan and China. The Akoya oyster is the smallest pearl-producing oyster, so Akoya pearls also tend to be small. Their sizes vary between 2 to 11 millimetres. The small Akoya oyster though, shows qualities of a perfectionist by producing pearls which are most consistently round and near-round and admired for their lustre.

Equipped with all these qualities, the Akoya pearl is most suitable for matching. A strand of matching Akoya Pearls makes the classical pearl necklace (Perlenkette), a timeless, all-admired piece of fine jewellery.

Akoya Pearls are generally white or cream coloured, show a striking lustre and overtones of rose, yellow or green. 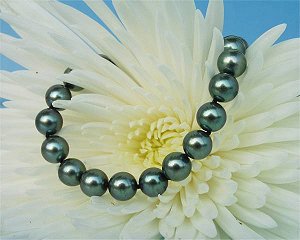 Japan was the first country producing a large amount of cultured Akoya pearls, after the techniques of the remarkable Kokichi Mikimoto were established. Until today, Japanese Akoya Pearls are popular and Japan is the only source for Akoya pearls larger than 8.5 millimetres. In recent years, unfortunately, the Japanese pearl industry had to battle with water pollution and disease. 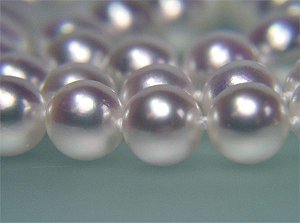 About 40 years ago, Chinese pearl farmers began culturing Akoya pearls as well, adopting Mikimoto’s techniques. At first, the success was rather limited and the pearl quality not even close to the Japanese. Nevertheless, since the early 90’s, the Chinese quality improved to an extend, which makes it impossible to distinguish a Japanese from a Chinese Akoya pearl today.

Most Akoya pearls in a size ranging from 4 to 8 mm sold nowadays are of Chinese origin. The production of sizes larger than 8,5 Millimetres is still left to the undisputed champions of cultured pearls - the Japanese. Due to the increasing Chinese competition, many japanese pearl farmers specialise in the production of large Akoya pearls. 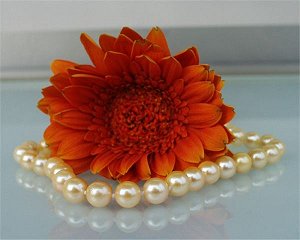 Despite all rivalry, many so called Japanese Akoyas of smaller size originate from China and were exported to Japan. There they are processed with pearl treatments or strung and sold as Japanese akoya pearls later on. 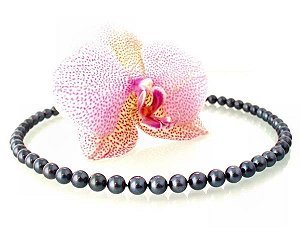 The common habit of processing imported products to achieve a finished product of the importing country’s origin has entered the pearl industry, like many others. Approximately 80 percent of Akoya pearls smaller than 7 Millimetres sold through Japanese suppliers, were cultured in China.