Pinctada margaritifera is the scientific name of the black-lipped oyster producing the black tahitian pearls, mainly in the islands of French Polynesia. The oyster itself is huge, can measure up to 12 inches across and can grow to a weight of 10 pounds. Therefore a black tahitian pearl can reach a considerable size as well. They are not really black, but grey, silver or charcoal instead. All of them will adopt a dark colour, though. Truly black pearls are very, very rare and a real treasure.

In the early 20th century, before conservation efforts set in, the black-lipped oyster was almost doomed. It was hunted because of it’s shell alone, which is lined with an extremely attractive, dark mother-of-pearl. This material was very popular for the fabrication of buttons.

For a long time, the Western market hardly ever saw a tahitian pearl. Actually they are not even an exclusive product of Tahiti, although their name implies they are. In fact, there is not one pearl farm located on the island of Tahiti. The pearl farms harvesting black tahitian pearls are far-flung throughout French Polynesia, as far East as the Gambier islands and beyond French Polynesia to the West into the Micronesian islands.

Tahiti lends its name to the black pearls because it is the commercial centre for this part of the industry. Without a French business man, Jean-Marie Domard, the tahitian pearl farming would never have flourished. In 1962 Mr. Domard nucleated 5000 oysters, following Mikimoto’s discoveries, and enjoyed harvesting 1000 high quality Black Tahitian pearls only three years later. 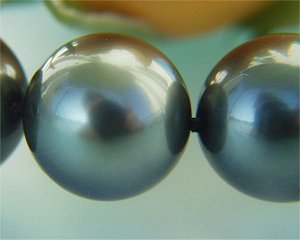 In an attempt to capitalise on this success, two bothers from the Manihi Atoll founded French Polynesia first Tahitian pearl farm just a year after Mr. Domard's harvest. Starting with Mabe pearls, which are easier to cultivate, they switched to spherical pearls in 1968. 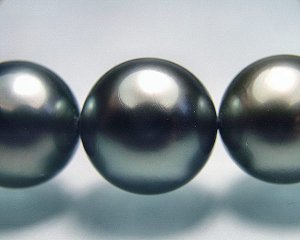 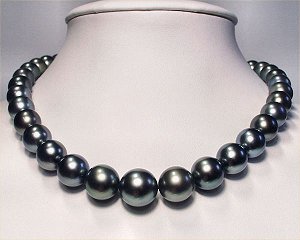 Another pearl farmer must be credited with making tahitian pearls French Polynesia’s main export: Mr. Robert Wan. In 1984 he bought Mr. Brouillets pearl farm and managed to accelerate the production until it exceeded 5,000,000 grams in 1996. Ever since the pearl industry refers to Mr. Wan as "the father of Black Tahitian pearls". 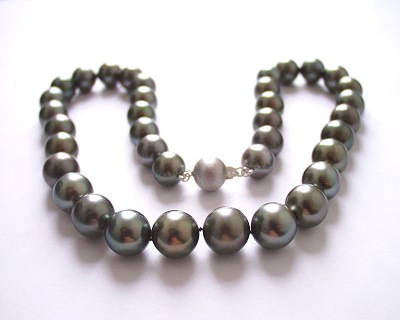 Until today Mr. Wan controls most of French Polynesia’s pearl production, committed to enhance the reputation, value and beauty of the Tahitian pearl.