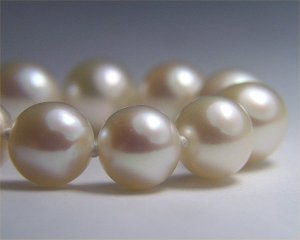 Traditionally the source of pearls (Perlen) have been oysters living in saltwater. Nevertheless molluscs growing in freshwater lakes and rivers are also capable of producing freshwater pearls. 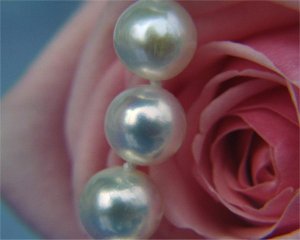 In China the freshwater pearl has a history reaching as far back as 2206 BC. The United States were harvesting freshwater pearls as well, right from the conquest of the new world up through the 19th century. Unfortunately over-harvesting and the increasing pollution reduced the population of pearl-producing mussels. 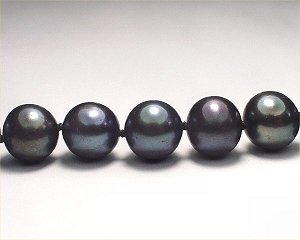 Freshwater pearls tend to be less lustrous than their saltwater counterparts. Therefore they are less expensive and available in a wide variety of shapes and colours. Their durability is a merit, they resist chipping, wear and degeneration. All these qualities have added to their popularity.

Cultured freshwater pearls are not bead nucleated like saltwater cultured pearls. The freshwater mollusc is stimulated by a tiny incision in its fleshy mantle tissue. Instead of a bead a piece of mantle tissue from another oyster is inserted to start the process. Freshwater molluscs accept up to 25 incisions on either side of the mantle tissue, generously producing up to 50 pearls at a time. 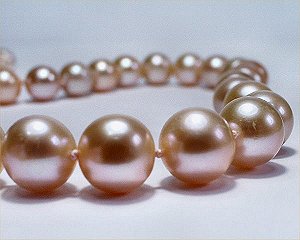 After this treatment, the mussels return to their freshwater environment where they are tended for 2-6 years. The pearls produced are of solid nacre, the piece of mantle tissue will be completely absorbed. But without a bead nucleus to influence the shape, only a few of these pearls are perfectly round.

In the past a freshwater pearl was associated with rice-shaped seed pearls. Nowadays, this poor shape has been replaced with round, quite lustrous pearls as large as 16mm, very similar to South Sea pearls.

Certainly, this development has triggered more interest in freshwater pearls as an affordable alternative to the more expensive saltwater cousins. The japanese freshwater pearl industry used to flourish for quite a while as well. The area around Lake Biwa was famous for top-class freshwater pearls, until pollution ruined all pearl farming in that area in the 1970’s.