The major feature of black Tahitian pearls is their large size. Black Tahitian pearls are classified as South Sea pearls and may measure between 9 and 17 mm. A thick and healthy mother-of-pearl layer around the implanted nucleus creates an immaculately natural colour, luster and beauty. These pearls do not require any artificial improvement, which is why they are admired as the "Queen of pearls". [... more]

prices include VAT, and P&P
Black South Sea Tahitians are cultivated in a mussel called Pinctada margaritifera. Due to the species outstanding qualities, Tahitis dark pearl production is considered as the worlds best.
Contrary to freshwater and saltwater pearls, only one nucleus per mussel can be implanted. Many live oysters reject their irritant though. Risky business for pearl farmers caring for the sensitive mussels. Only a small percentage of harvested Tahitian Pearls will be perfectly round. Those black tahitian pearls come in beautiful colours: bright silver, blue, green, peacock, copper and dark grey. Black tahitian pearls achieve a top-price level worldwide. For an immaculate pearl necklace you will have to spare a small fortune. "Black is beautiful" when it comes to Tahitian pearls. The darkest colours are the most valuable. 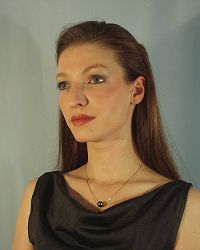